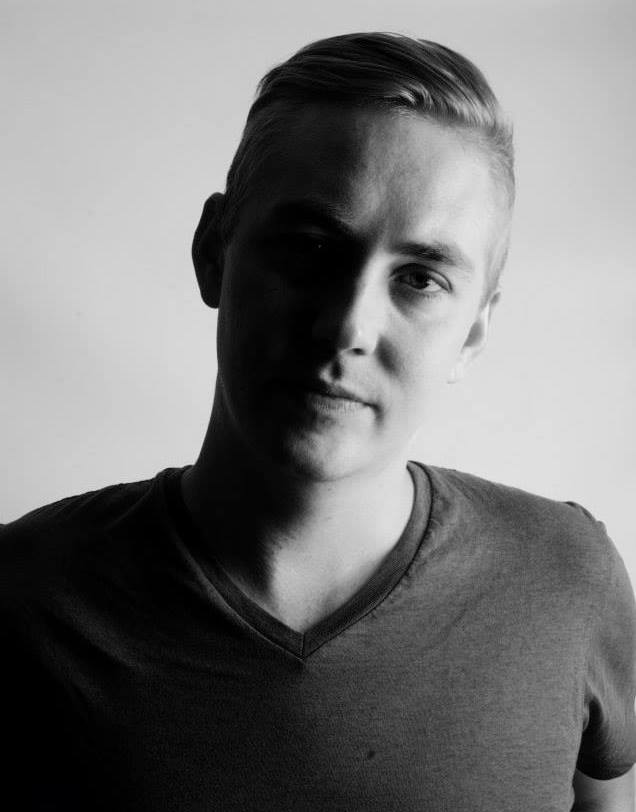 Richard first realized his passion for music at the age of 8 and took up lessons on the piano, learning Beethoven pieces from his mother and his sister. He changed to the guitar at the age 13 when he found an old electric Ibanez in his Father’s room. During his teenage years, Richard studied through the National School of Arts and received a national diploma in contemporary jazz. He also studied classical music during this time in high school, but decided to focus on Rock and Jazz as he wanted to start his own band. Richard started learning how to sing at the age of 14 and recorded his first solo album at the age of 16 as well as an album with the band Lucid. At this point Richard’s unique voice and his versatility had him involved in many projects. To broaden his horizons, he decided to take vocal training from Ralph Schmidt and started a contemporary rock/jazz band called “Velvet Love”. By then, he had also been invited to join Instrumental post-rock band Kidofdoom as keyboardist and guitarist.

While touring with Kidofdoom and starting the band Isochronous (ISO) Richard went on to complete a degree in Jazz at the Thswane University of Technology. At this time he also joined Joseph Clark, in “The Queen Experience” 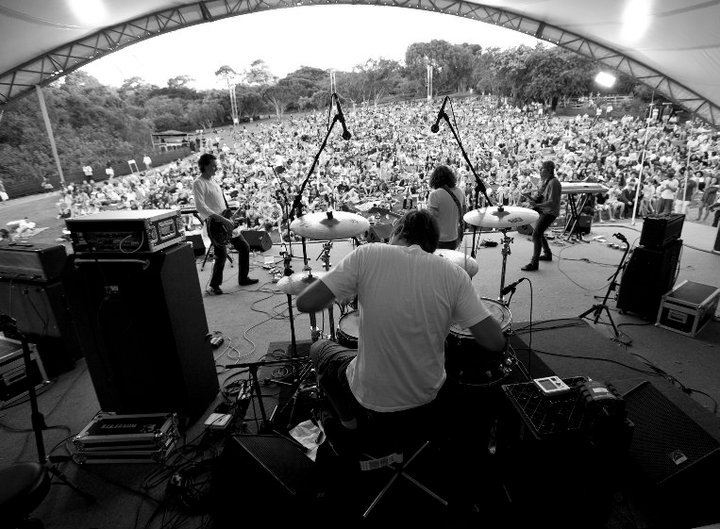 In 2010 whilst Richard was completing his final exams at University, ISO was invited to perform at a sold out, 10 arena show tour with Marius-Muller Westernhagen in Germany. At the age of 24 Richard performed alongside his band members to over 100 000 people in Germany which would go down in history as one of the biggest tours that a band of this young age has ever achieved from South Africa. The same year Richard performed at the opening of the “Fifa World Cup Opening Concert” at the Orlando Stadium, as a vocalist and guitarist with Tumi Molekane. 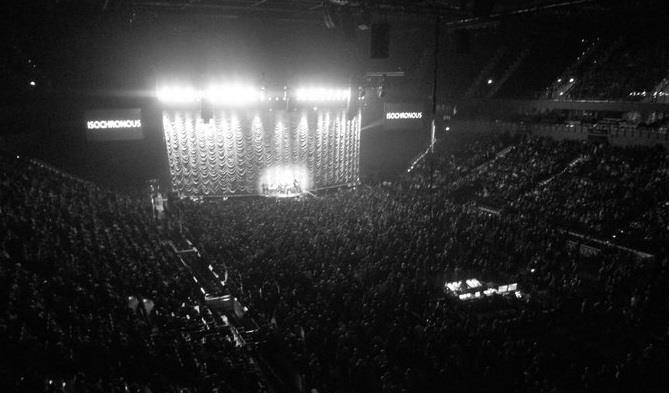 “Richard’s band ISO in Germany at the 02 World Arena”

In 2011 the Queen Experience was booked for a week’s run at the Madinat Theatre in Dubai where they were discovered by a Dutch producer. The producer was so impressed with the show that he invited the band to Holland to play the Arnhem football stadium as the only act. After a month of production rehearsals with musicians and dancers from around the world Richard embarked on the biggest show of his life. With a sold out performance of 35 000 people they returned to Amsterdam at the end of the year to do 14 sold out shows at the Rai Theater.

2012 was a big year for ISO in the media, live and on radio. The band managed to get 3 songs into the Top 10 on commercial radio as well as number 1 spots on Campus radio nationwide for songs like “No Fire”, “Everytime”, “Torpid”, “Heaven” and “Give me something to believe in”. The band opened for 2 Door Cinema Club and became a headlining act at most of the South African music festivals.  Richard also started doing film scores and advert jingles for corporate companies like Ford, Nokia, Nissan and was the composer of the “Cape Epic” documentary which won the best documentary at the Ruby Mountain Film Festival in the USA. Richard also composed the score for “The First Time” which was screened at the Festivus Denver, Colorado and Cape Winelands film festivals.

“Richard in an advert for Nissan”

In 2013 Richard spent most of the year touring the country fulltime. Kidofdoom also did a reunion tour and headlined “Rocking the Daisies”. In this year Richard was also hired to be the session guitarist, arranger and backup singer for Berlin based “Lindiwe Suttle” and toured with her around the country.

In 2014 ISO were invited to open for The Foals and Biffy Clyro at Ramfest as well as for John Newman in Cape Town. They were also the headlining act at one of the world’s biggest surfing competitions, the “Mr Price Pro”. Whilst recording the 5th ISO album, Richard started producing other artists and decided he would like to focus on a particular singer called Lara Gear. He started performing live with Lara, focusing on the live production and instrumentation of her show. 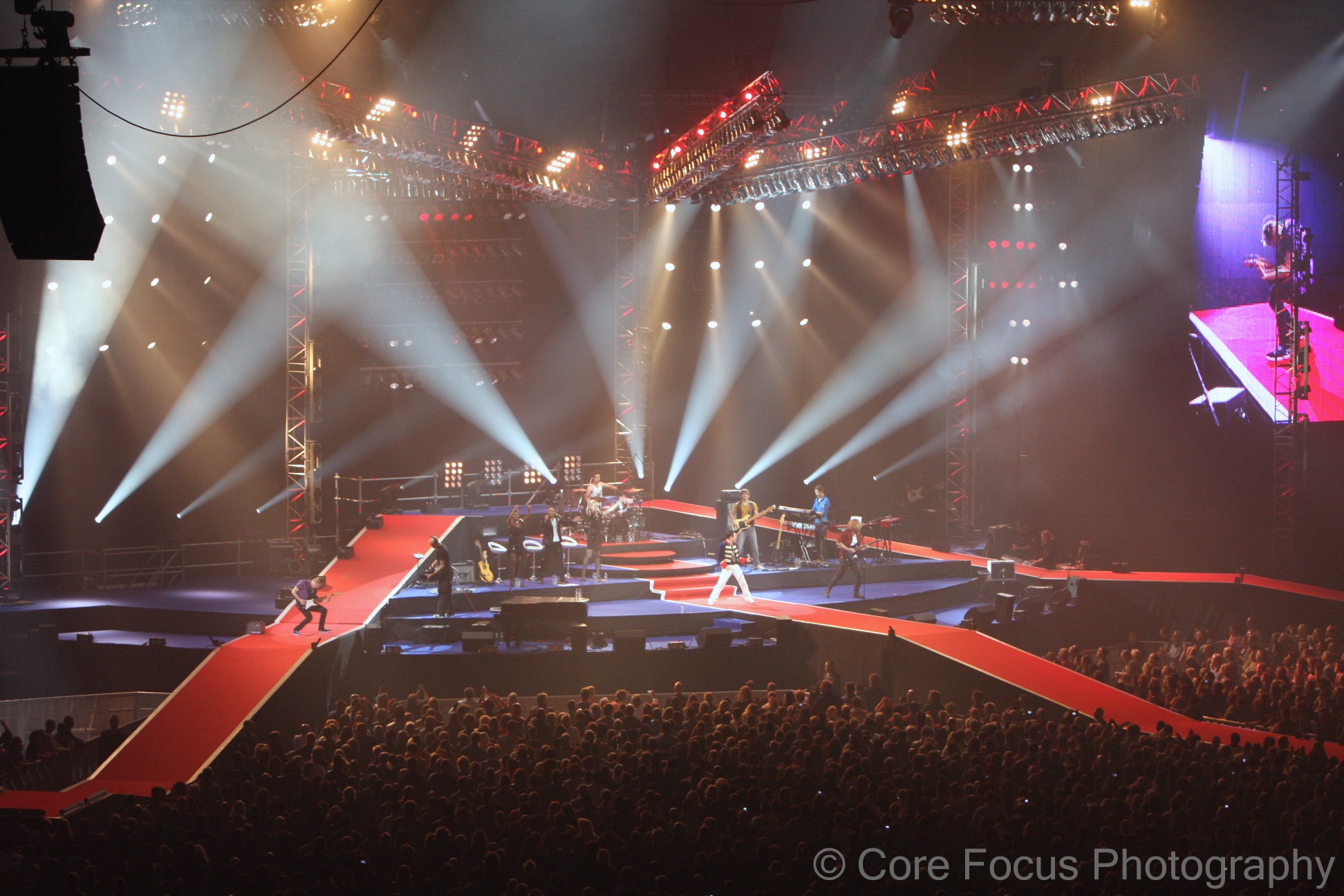 In 2015 Richard returned to Amsterdam and Den Haag for sold out theater productions of the “Music of Queen” with Joseph Clark. He also filmed his first solo release music video with Italian dancers and director Brett De Vos. On returning from Amsterdam Richard was offered an opportunity to be part of the music school at Bishops College (One of South Africa’s top schools) in Cape Town.

From 2016 Richard has been focusing on teaching, touring, and building up his music entertainment company “Birdsong Events” that has grown over the years.

In 2020, Richard was fortunate enough to perform for Roger Federer at different 3 events. Federer’s private dinner with his family, the “Match in Africa” after-party as well as a family lunch with Federer’s family.